As the juxtapositions in Wistaria emerge, look for the ways in which the light cast by one moment creates a shadow behind another. Somewhere in this interplay of light and shadow, Wistaria points toward important questions and about American history, feminism, dick jokes, slavery, freedom, literature, fart noises, contemporary politics, deviled eggs, and much, much more.  -DC Metro Theatre Arts-

Wistaria is a transgressive, extra-theatrical, performance event that appears in peoples’ homes and other unexpected places. It springs from the form of an inclusive prayer meeting, inviting the audience to sing with us as we challenge our historical past and present through a hallucinatory amalgam of seminal U.S. texts, traditional song, and actions both mysterious and banal — and deviled eggs.

From the form of a traveling, participatory meeting, Wistaria‘s anti-narrative leap-frogs through U.S. history, from an imagined Masonic-ritual past all the way to the immediate present, following the transformations of the tent-revival Methodist hymn that became “John Brown’s Body” and then “The Battle Hymn of the Republic.”

Wistaria is not a play. It is something else: An intimate meeting of people that questions and may threaten — through text, action, and song — the stories we use to placate our minds.

Inspired by the traveling-tent theatres in the South and Midwest during the 19th and early 20th centuries, Wistaria is flexible and low-tech, never staying more than a couple of nights in any one place, and adapting to each new environment – rarely a performance venue. It often incorporates new actors, as well as a few audience volunteers – and the audience is given songbooks and invited to join in. Sometimes guest musicians appear.

Ultimately, in form and content, Wistaria searches alternative ways of living in art and society. Theteam is a small collective that functions more like a band than a theatre company, doing ‘gigs’ more than theatrical ‘runs’. We operate with the least possible budget and least possible focus on finances, to make us reconsider the means of production we have become used to in the Theatre Industry. We blend the content of Wistaria with its production in order to question what alternative ways of living and doing might be possible at this moment — in the microcosm of art and the macrocosm of our society.

Overall, Wistaria is experimental, but the cast is charming and talented, polite enough that with a little encouragement they had the whole audience singing “glory, glory, hallelujah” along with them. If that kind of production isn’t your cup of tea, this isn’t one for beginners — it can be confusing, even uncomfortable, but rewarding, in that it encourages reflection and critical thought about how we each experience our political and cultural identities, whatever they may be.  –DC Theatre Scene– 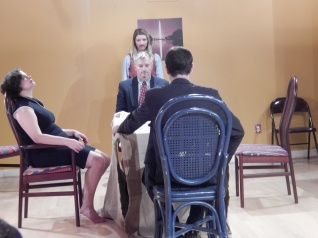 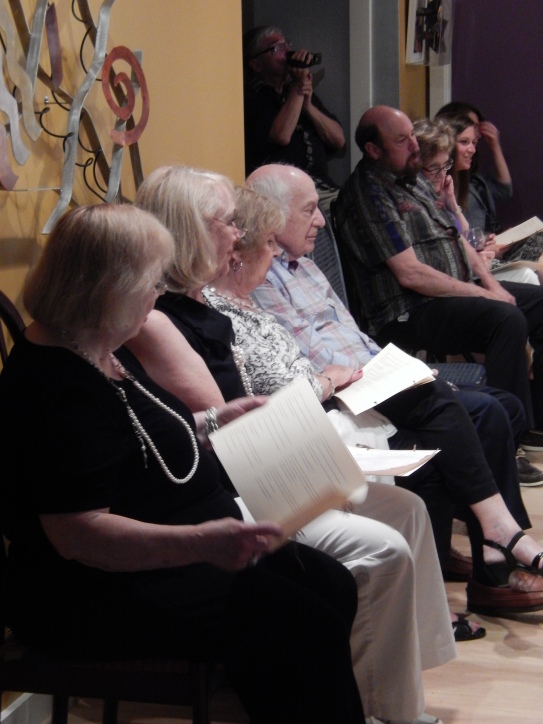 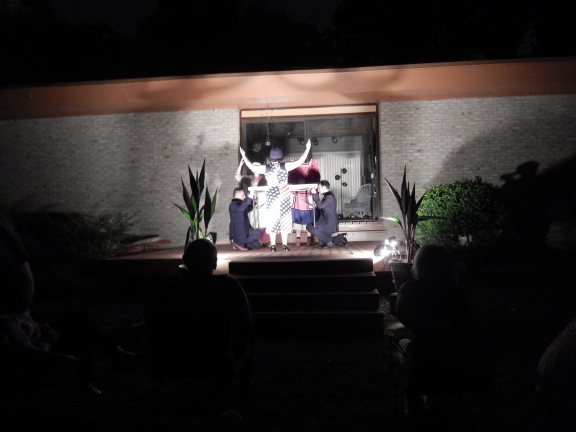 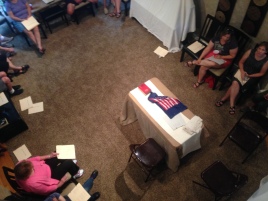 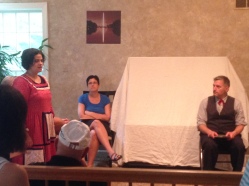 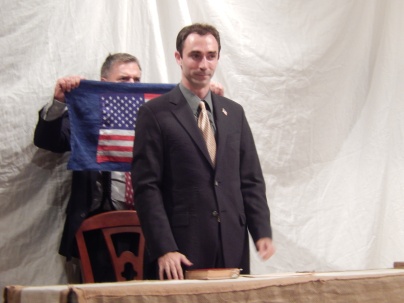 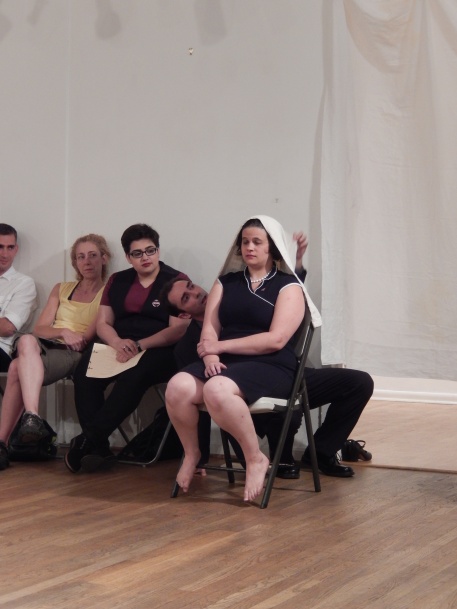 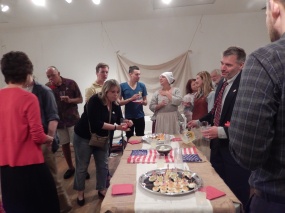 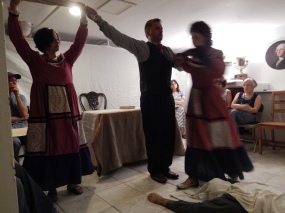 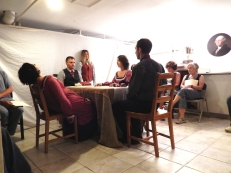 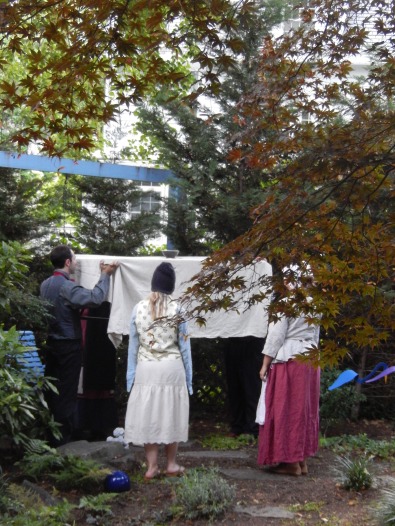 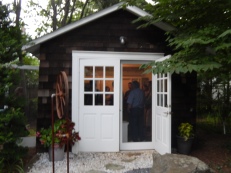 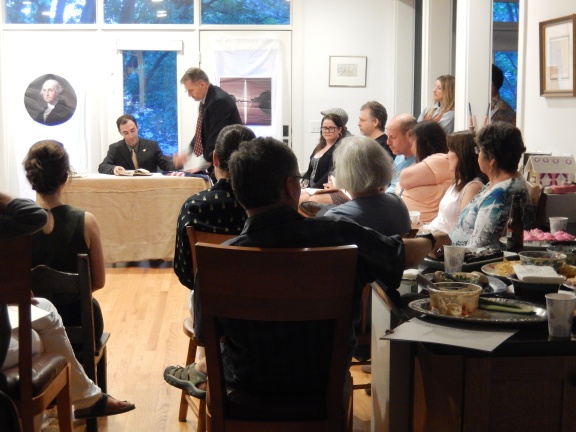 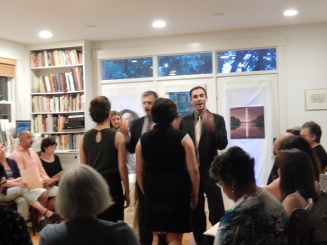 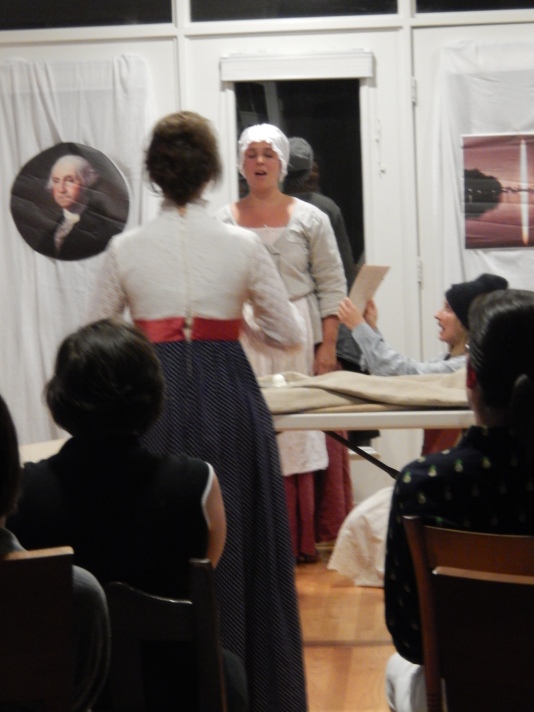 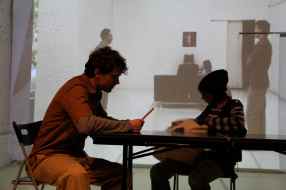 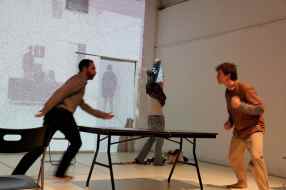 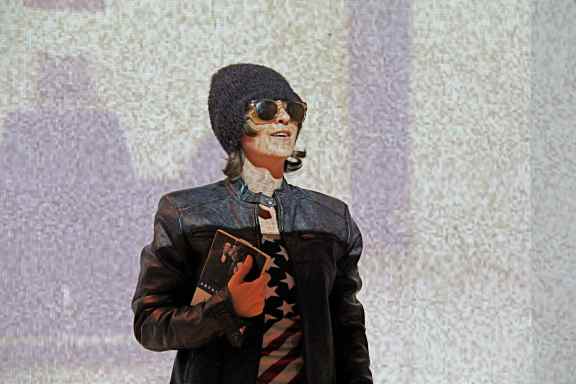 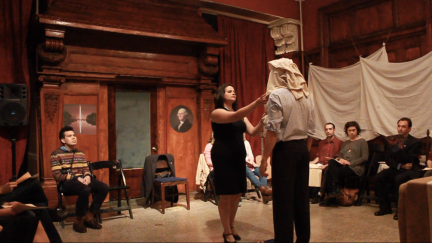 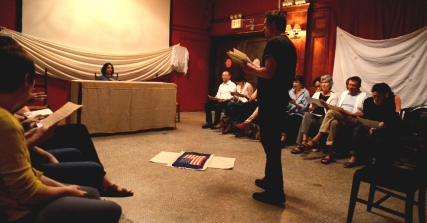